WNBL newcomers Southside Flyers won't have their full roster on court until Monday but coach Cheryl Chambers has backed her side to come together quickly.

The Flyers, a Gerry Ryan owned side who took over the licence from Dandenong Rangers, play their first game this Saturday night against Townsville Fire at Dandenong Stadium, and they completed their pre-season with a 70-66 win over Melbourne Boomers on Saturday night. 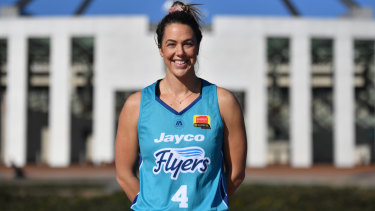 Star signing Jenna O'Hea was on the bench with her teammates while WNBA point guard Leilani Mitchell was in New South Wales packing up for the move to Melbourne. Both players have been away with the Australian Opals at the FIBA Asia Cup as has Chambers who is an Opals assistant coach.

Chambers said O'Hea and Mitchell should both be ready to go for the opener against Fire.

"Leiani is nearly here, she just had to pack up her house in Newcastle and she'll be with us by Monday," Chambers said after the win over the Boomers.

"Jenna should be fine as well.

"They can spread the floor for us and give us some smarts up the top, so we are looking forward to bringing them in." 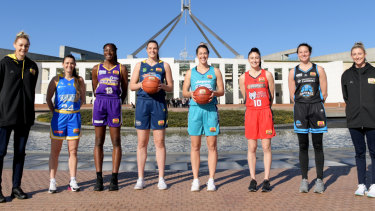 WNBA import centre Mercedes Russell only arrived last Tuesday and Chambers said the late arrivals would have an impact.

"I think it will disrupt us. We are a new team and we don't know how to play with each other," Chambers said.

"Hopefully we can find a way to minimise the disruption and get an ugly win or something to start with."

The Flyers have Sara Blicavs, Bec Cole, Kiera Rowe and Rebecca Pizzey among those returning from last season's Dandenong side while O'Hea, Mitchell and Aimie Clydesdale have previously played at the Rangers.

"There is a big sense that we are proud to have Dandenong's heritage but there is a lot of changes as well," Chambers said.

"There is a new floor [court], a lot of excitement and we are all looking forward to hopefully putting on a good show."

The Boomers had coach Guy Molloy and several players away with the New Zealand side at the Asia Cup, and they are slowly working import guard Lindsay Allen back into the line-up after she missed several months following knee surgery.

Allen is expected to play in their season-opener against Bendigo Spirit in Bendigo on Saturday night.

What I learned from getting ejected from a youth basketball game