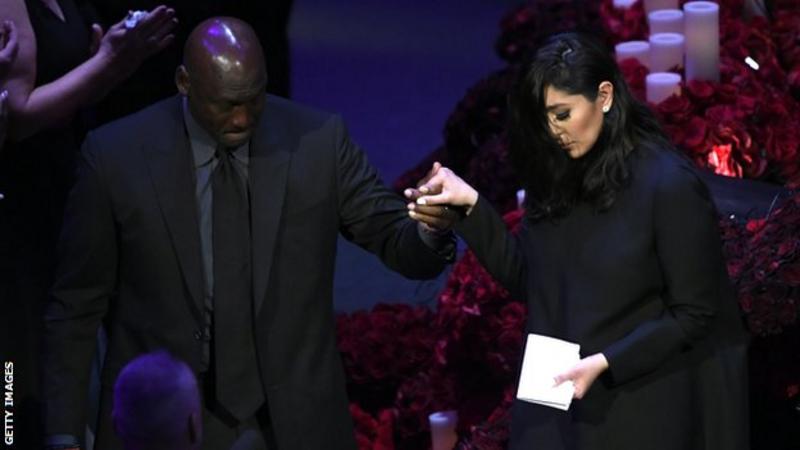 Vanessa Bryant has given a moving tribute to her late husband, basketball legend Kobe Bryant, and daughter Gianna at a memorial service in Los Angeles.

“Kobe was the MVP of girl dads,” said Vanessa.

“He was the most amazing husband – Kobe loved me more than I could ever express or put into words.”

Bryant, a five-time NBA champion, and Vanessa have three other daughters, Natalia, Bianca and Capri.

“He isn’t going to be able to walk our girls down the aisle or spin me around on the dance floor,” said Vanessa, who was speaking publicly for the first time since the crash.

“But I want my daughters to know and remember the amazing person, husband and father he was, the kind of man that wanted to teach the future generations to be better and keep from making his own mistakes.”

Vanessa started by remembering her daughter, nicknamed ‘Gigi’, as an “amazingly sweet and thoughtful soul,” who loved baking and dancing, as well as being a talented basketball player.

“Gigi would have most likely become the best player in the WNBA,” she said.

“I’ll never get to see my baby girl walk down the aisle, have a father-daughter dance with her daddy, dance on the dance floor with me or have babies of her own.

“Gianna would have been an amazing mommy.”

Vanessa called her late husband, who she had been with since she was 17, her “soulmate” and recalled his love of romantic movies and how he was a “doting, hands on” father.

“Babe, you take care of our Gigi,” she said, addressing Bryant.

“We’re still the best team – may you both rest in peace and have fun in heaven until we meet again one day.”

Beyonce opened the event, called a “celebration of life”, by singing XO, during which she said “I’m here because I love Kobe and this was one of his favourite songs”, before also performing Halo. 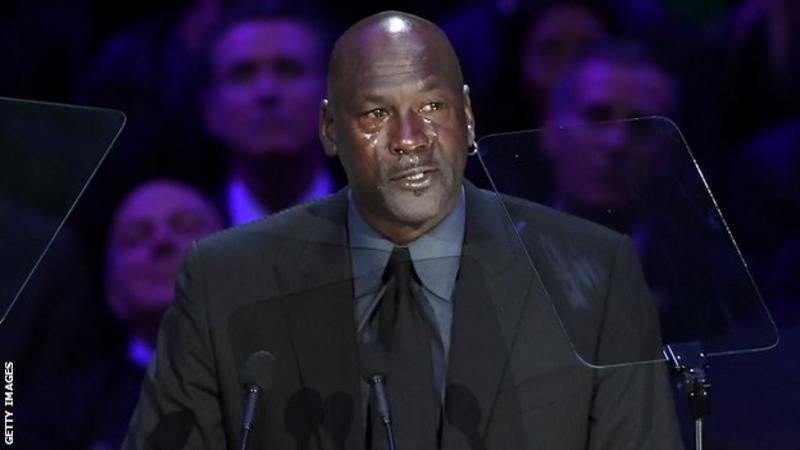 Chicago Bulls legend Jordan, who won six NBA titles, helped Vanessa from the stage before also giving a tearful speech that referred to how often the two players were compared.

“When Kobe Bryant died, a piece of me died,” said Jordan.

O’Neal and Bryant, who was nicknamed ‘Black Mamba’, won three consecutive NBA titles together during an eight-year spell as Lakers team-mates from 1996 to 2004.

“Kobe and I pushed one another to play some of the greatest basketball of all time,” said O’Neal.

“Kobe and I always maintained a deep respect and love for one another.

“Mamba, you were taken away from us way too soon, just know that we got your back, little brother.”

Alicia Keys and Christina Aguilera also performed songs before the crowd watched Dear Basketball, a five-minute film based on a love letter to the sport Bryant had written in 2015 and for which he won the best short animated film Oscar in 2018. 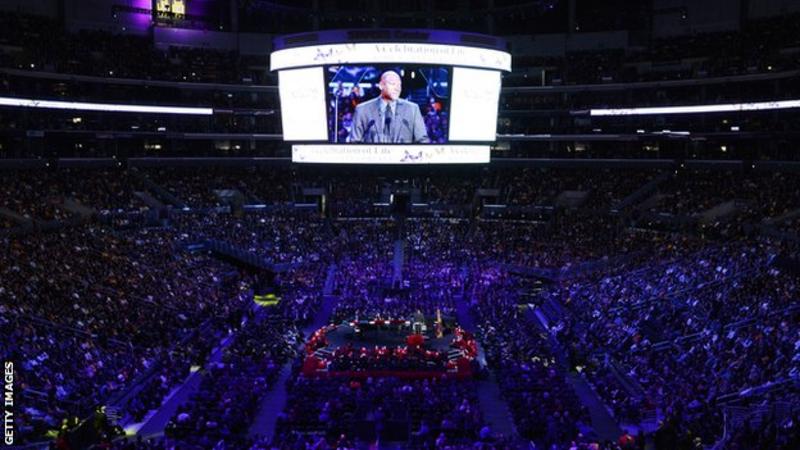 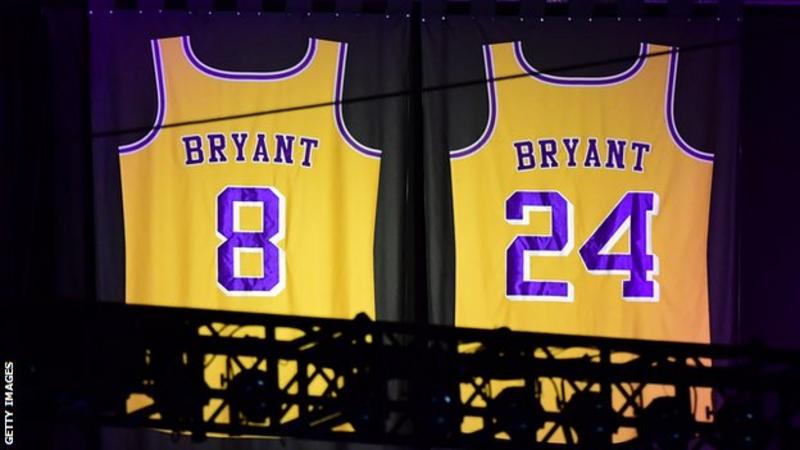 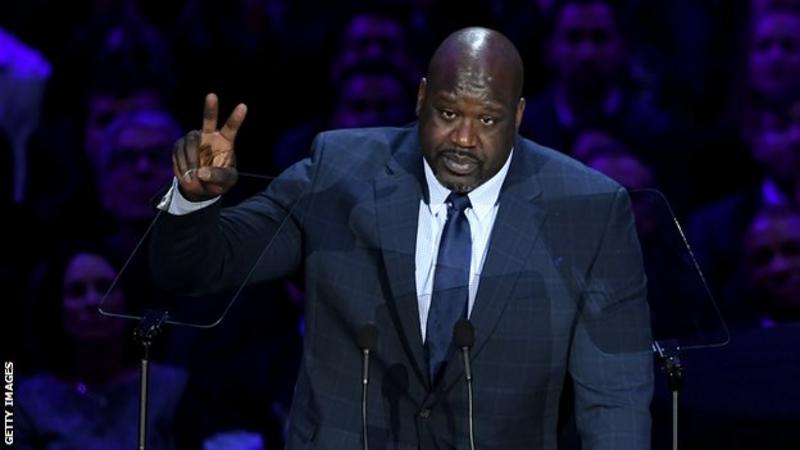 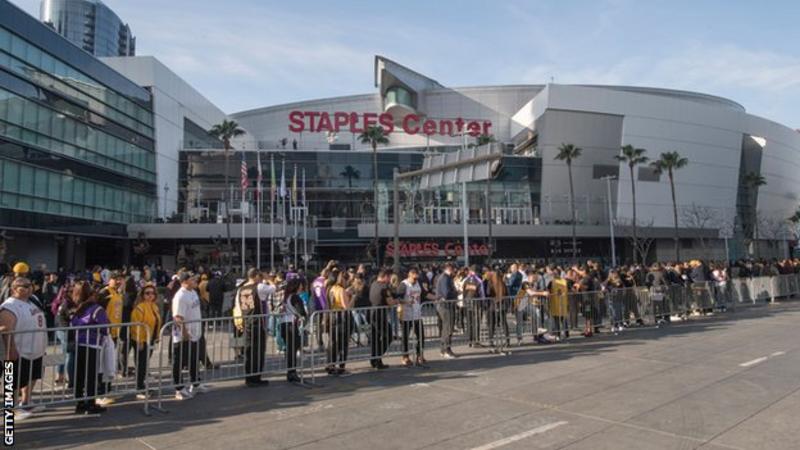