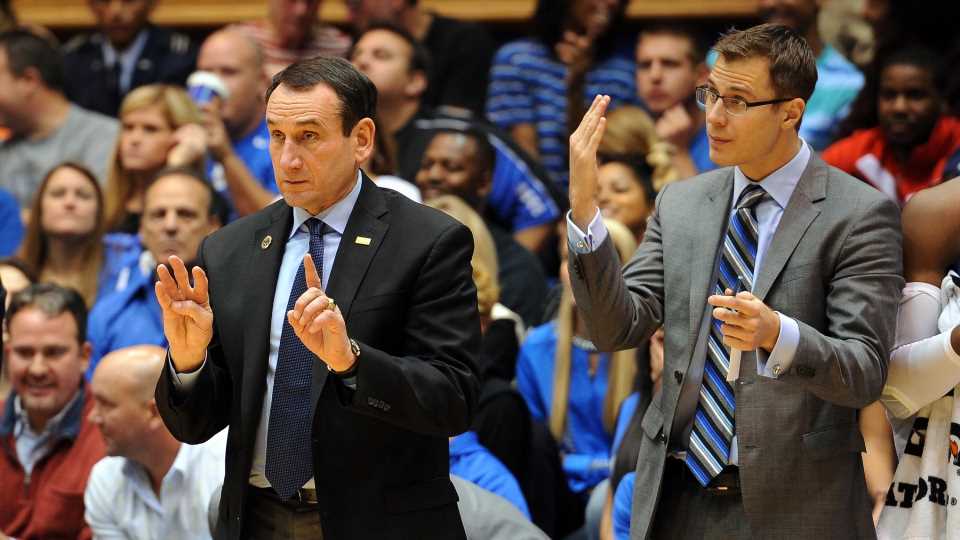 Although he is not alone in his opinion — and he has certainly earned the credibility to make such a pronouncement through his 42 seasons as the most famed analyst on ESPN’s broadcasts of NCAA basketball — Dick Vitale feels compelled to qualify that he “feels very strongly” about his opinion of Mike Krzyzewski’s career even though others may not concur.

“I think he’s the greatest coach of all-time in college basketball,” Vitale told Sporting News. “Obviously I have tremendous respect for John Wooden . . . but it’s been a whole different era.”

Krzyzewski never will match the 10 NCAA championships Wooden won during his career at UCLA. We can say that definitively now with reports circulating that “Coach K” will serve as Duke’s coach only one more season before entering retirement. The best he can do, at this point, is six — to go with his all-time records of 1,170 victories, 97 NCAA Tournament wins, 35 NCAA appearances and record-tying 12 Final Fours.

MIKE KRZYZEWSKI: By the numbers

For Duke assistant coach Jon Scheyer, who has reportedly already been handed the reigns to succeed Krzyzewski, following this act is a little like trying to put the final brush strokes on an unfinished Van Gogh. It’s just paint, right? Everything already appears to be in place.

So, what could go wrong? A lot. In fact, a lot could go right but it all could go so wrong too. Such is the peril of replacing a legend in any sport.

At Duke in particular, though, the issue of how enduring the program might be seems particularly acute because Krzyzewski has been in place so long and authored so much of the program’s historic success. Which summons the question: Is Duke a blueblood or is Coach K?

“It’s going to be damn near impossible to replace him. In all my years of covering the ACC, there has never been a better coach in any sport. He always said about his three daughters: ‘I don’t want what’s good for them; I want what’s best for them.’ And he carried that over to the program.”

When Krzyzewski was hired to become Duke’s new head coach in 1980, the program had appeared in four Final Fours — three by Vic Bubas, one by Bill Foster — and eight NCAA Tournaments in its history. The Blue Devils had finished first in the Atlantic Coast Conference’s regular season standings seven times in 30 years and earned a .639 winning percentage in ACC games.

Krzyzewski won the ACC regular season 12 times, the ACC Tournament 15 times and attained a .704 winning percentage in conference games. He may not have built Cameroon Indoor Stadium, but he transformed it into a cathedral of the game.

That alumni network will be one of the most important resources for Scheyer — who is also a member having been an All-American point guard on the program’s 2010 championship team — as he navigates the challenges of becoming Duke’s head coach in the spring of 2022.

“If The Brotherhood doesn’t survive from Coach K to someone who is in The Brotherhood, then it’s not really a brotherhood,” ESPN analyst Fran Fraschilla told SN. “It’s up to the next coach to ensure that stays in place because it’s a reflection of what Coach K established over 40 years.

“You can count on all of the successful former student-athletes that Mike coached, and it’s incumbent upon them to be stronger than ever.”

WHO IS JON SCHEYER? What to know about Krzyzewski’s replacement at Duke

It is not easy even for programs with magnificent histories of success sustained through multiple coaching icons to maintain their status. Indiana won two titles under Branch McCracken and three with Bob Knight as the helm, but now is on its fifth head coach in the 21 years since Knight’s dismissal.

Mick Cronin, who guided UCLA to the 2021 Final Four, is the 10th Bruins head coach since Wooden’s retirement in 1975. The majority of them were fired despite NCAA Tournament Sweet 16s (Steve Alford), an Elite Eight (Steve Lavin), Final Fours (Ben Howland) and even an NCAA championship (Jim Harrick).

North Carolina went through this when Matt Doherty was named head coach in 2000, after two Final Fours in three seasons under Bill Guthridge, but meager recruiting hampered him. The Tar Heels compiled an 8-20 season in 2001-02, and Doherty never recovered. It took hiring an established legend, Roy Williams, to return Carolina basketball to the levels where Dean Smith had placed it so regularly between 1961 and 1997.

Now Williams has retired, replaced by first-time head coach Hubert Davis. This means, in the 2022-23 season, the Carolina and Duke head coaches will have a combined one year of head coaching experience on their resumes.

“They have great passion for the schools, have the support of the guys stepping down, so those are positives,” Vitale told SN. “One thing they have going for them is the fact the schools are North Carolina and Duke, and they are going to attract excellent players.

“But having an insider, having people on the sideline who are so well-liked and respected — these schools love these guys. They are loved players. I don’t remember hearing a bad word, ever, about these guys. Now they’re going to have to obviously produce. They know that.”

Which is not the same as knowing what this will be like. Only a few have explored the frontier where Scheyer is about to travel, and the stories told upon their return have been perilous. 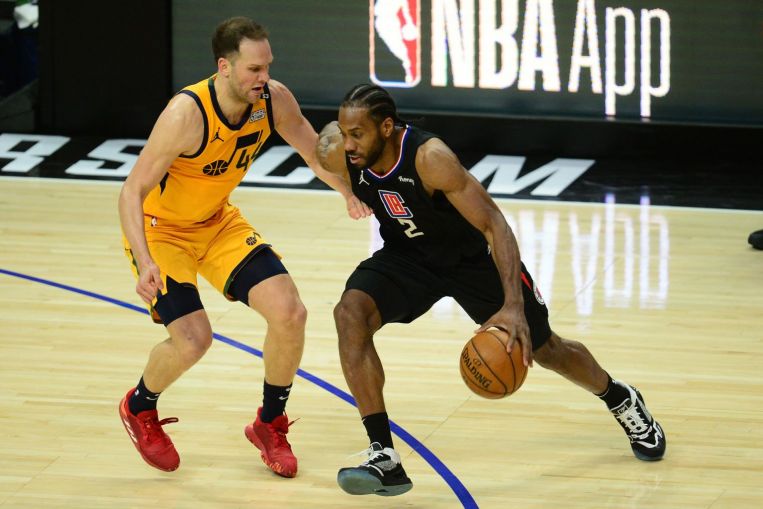