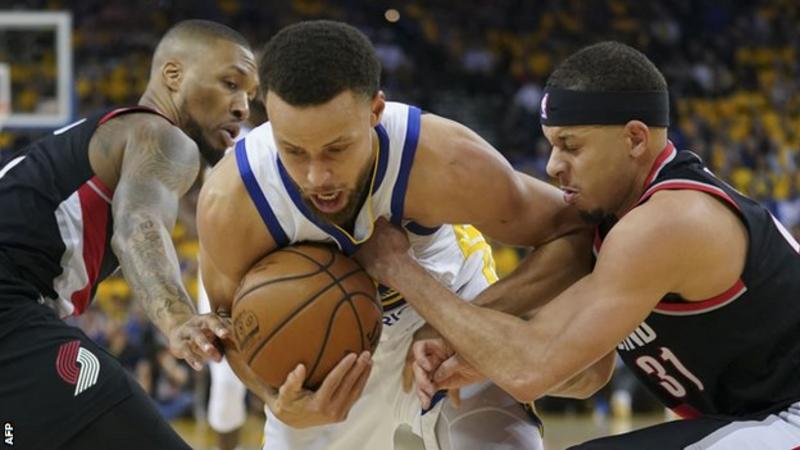 Stephen Curry inspired the Golden State Warriors to a 116-94 win over the Portland Trail Blazers in game one of the NBA Western Conference finals.

Curry scored 36 points, including nine three-pointers, for the defending NBA champions, who are playing their fifth straight Western Conference final.

He also added seven assists and six rebounds as the hosts dominated.

Game two in the best-of-seven series is on Thursday, 16 May, also on top-seeded Golden State’s home court.

“It was a nice flow,” said Curry. “It just puts so much pressure on the defence.

“It’s fun when everyone’s running around, cutting, and we’re whipping the ball around – that’s when we’re at our best.”

Klay Thompson also hit 26 points for the Warriors, who won a second consecutive game without star forward Kevin Durant, ruled out because of a calf injury.

The Blazers, whose side included Curry’s younger brother Seth, made just seven of 28 three-point attempts.