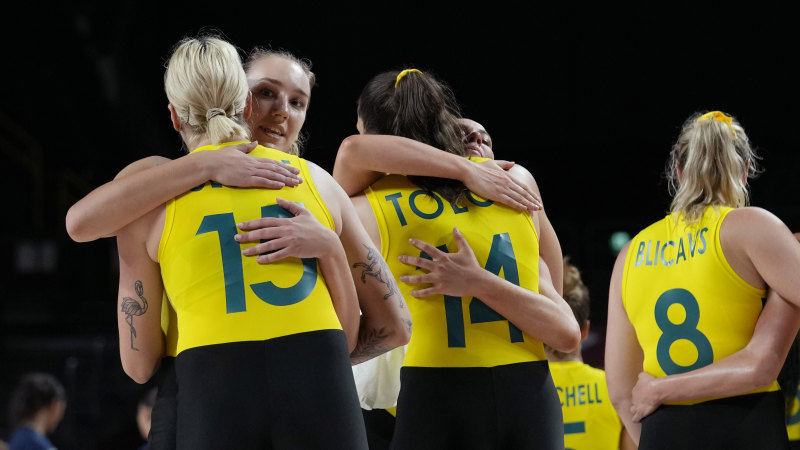 Australia’s top WNBL talent will push their case for Opals selection in this year’s World Cup when they host Tokyo silver medallists Japan in a three-game series starting in Sydney on Friday.

With the likes of Ezi Magbegor, Anneli Maley and Bec Allen tied to WNBA commitments in the US, Tokyo Olympian Sara Blicavs said the series gives those on the team’s fringes the chance to showcase their talent ahead of a home World Cup in Sydney in September. 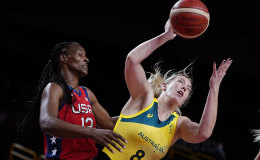 “We need to work with them and be able to gel with them [the WNBA players], but then it gives us the experience as well to build our game to be on their level too,” she said. “It’s a win-win either way.”

“I’ve got my eyes on September and I really hope I can put in a solid performance now and put my name forward for that [World Cup] team at the end of the year,” she said.

After back-to-back quarter-final eliminations at the Rio and Tokyo Olympic Games, Garbin said she was determined to help return the Opals to the golden era that extended from 1996 to 2012 when they won two bronze and three silver medals over five Olympics.

“It’s been disappointing, the last two Olympic campaigns … I don’t think anyone in the group would care that we’d say that,” she said.

“We really want to get back to that winning standard that the Opals have upheld for so long.”

Garbin and Blicavs said the team was not distracted by the controversy surrounding former Opal Liz Cambage, which was reignited last month when former captain Jenna O’Hea confirmed Cambage had told the Nigerian national basketball team to ‘go back to their third-world country’.

“I think Jenna said everything she needed to say, and I think it’s definitely being put in the past now,” Garbin said.

The Australians welcomed the Japanese women’s team to Wild Life Sydney Zoo in Darling Harbour on Wednesday, where the travelling team was given a chance to meet koalas and kangaroos.

Japan captain Maki Takada said the series would give her team, who won the silver medal at their home games in Tokyo last year, a chance to experience Australia before returning for the World Cup in September.

“We came here, so we can prepare to defend our silver medal, or go one better and win gold.”

Japan and Australia will play two games in Sydney before playing in Newcastle on Tuesday.