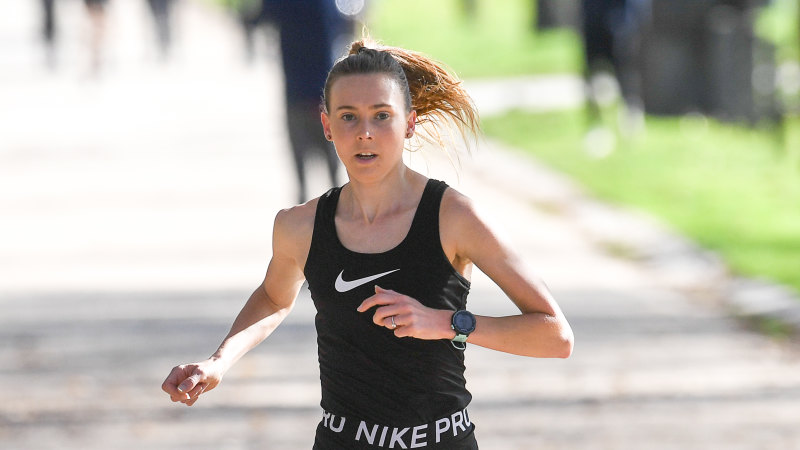 The COVID-19 lockdown wasn’t all bad. At least not bad for everyone.

For champion runner Linden Hall the outbreak, the lockdown and then the postponement of the Tokyo Olympics actually worked in her favour. After injuries the year before, Hall wasn’t ready for an Olympics last year. Now she’s ready.

On Thursday night, Hall became the first Australian woman to break four minutes for the 1500m when she ran 3:59.67 in Box Hill.

Breaking that round number feels like it has more significance than cracking another record. It is hitting something with a three in front of it. No Australian woman had ever done it. Now they have.

Hall broke the mark after a COVID lockdown year helped rebuild her strength. She had teased at that four minute mark in 2016 and so felt it was an inevitability she would one day break it. Then she didn’t. The years of toil made the record time so much more rewarding.

“I was originally not going to run on Thursday night. I had my [Olympic] qualifier but the conditions were good and we had a pace maker and I felt strong and I thought why not? This might be my chance. So, I decided to have a crack. I am so glad I did,” she said.

“I was like, ‘What if I never know?’ I have nothing to lose having a crack.

“Now, it’s almost a relief. I have been thereabouts since I ran 4:01 in ’16. It felt achievable since then but the longer it went on, I didn’t do it and had some injuries. Now I know how much went into it, that made it that much sweeter.”

Oddly, lockdown and abandoned meets culminating in the postponed Olympics has worked in her favour.

“I am one of the few people who benefited from lockdown,” Hall said.

“I couldn’t have asked for a better year, for everything falling into place. The extra delays for the Olympics helped me get my body right, correct any weaknesses in the gym and be fitter and stronger than I would have been.

“Obviously no one wanted the lockdown or the virus but I was one of the people who it ended up helping.”

The national titles in Sydney later in the month are next for her and then – finally – Tokyo. 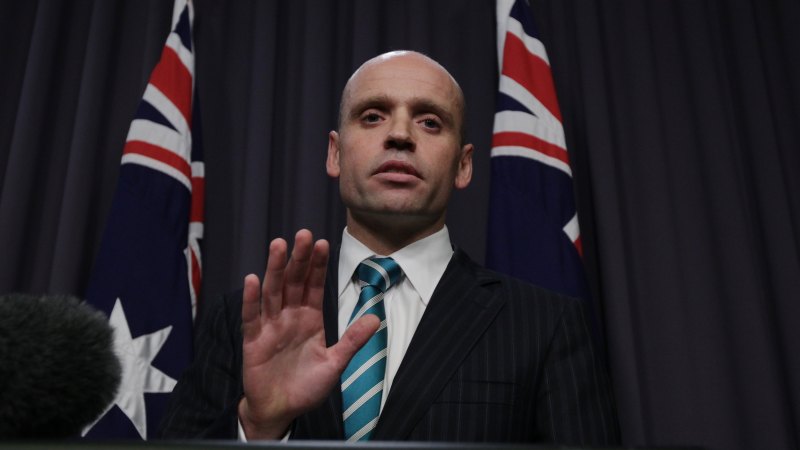 Handing over the baton: Arbib to stand down as Athletics Australia chief 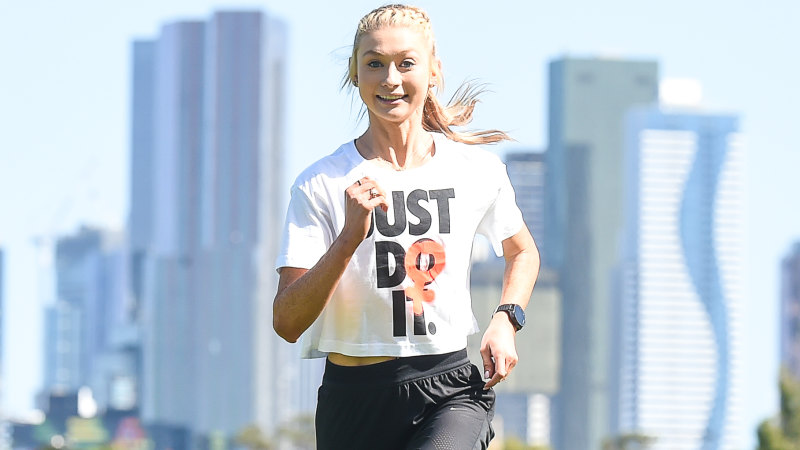 Countdown is on: Australian athletes look strong 100 days from Tokyo