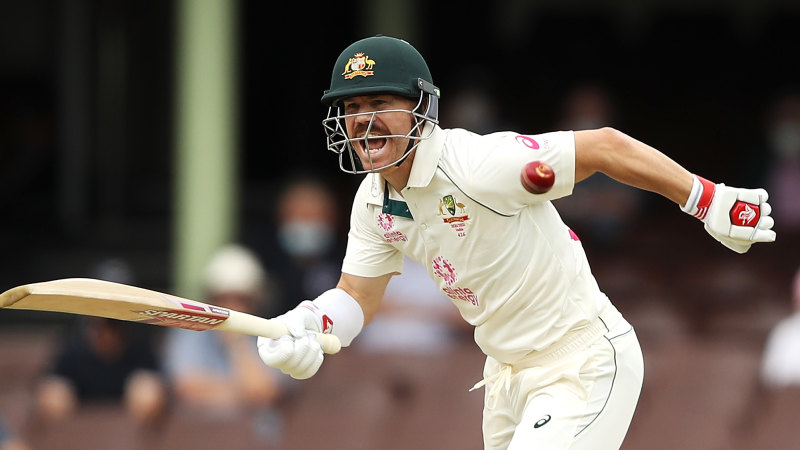 Australia rolled the dice on David Warner on Thursday and it didn't pay off, although it could have been worse.

No secret had been made of the fact that the champion opener would not be fully fit when he resumed from a groin injury on Thursday, and that proved to be the case. 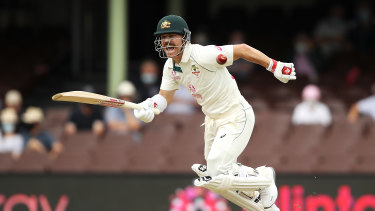 David Warner sets off for a run on Thursday.Credit:Getty Images

It was clear he was playing with pain, as coach Justin Langer had predicted. While he ran a few more times, including turning for two at one point, Warner appeared to adjust his approach because of his discomfort.

He is no stranger to playing aggressively but even for him a pair of swings at successive wide balls from Mohammed Siraj in the fourth over of the day were adventurous, indicative of an injury enforced desire to compile runs in groups of four rather than ones and twos. Warner was fortunate not to connect with the first one but not so lucky on the second, a top edge ending in the hands of Cheteshwar Pujara in the slips.

Realising the value of Warner's wicket even in his hobbled form – and a day after Australia captain Tim Paine forecast increased tension between the teams here – second-gamer Siraj sent the opener off with his index finger at his lips.

The former vice-captain will likely have to put the injury to the test again in Australia's second innings in Sydney, where he has his name etched on the honour board of Test centurions four times, but team medicos and selectors will have to weigh up the risk of him turning out again in the series finale next week.

In the meantime, he will be wary of aggravating the problem in the field. He is expected to be stationed at first slip.