Sri Lanka’s Rangana Herath, the most successful slow left-arm bowler in Test match history, will retire after just one Test of the upcoming three-match series against England next month, according to local reports.

The 40-year-old spinner, who has been fighting a string of knee injuries for several years now, is choosing to finally bring down the curtain on a glorious career at the picturesque Galle cricket ground where he made his debut some 19 years ago.

Sri Lanka’s The Island newspaper reported that Herath had made a request to the country’s cricket board (SLC) to allow him to quit in Galle, and it is understood that the spinner will be granted his wish.

Herath has taken 430 wickets in 92 tests and is 10th on the list of the world’s most successful bowlers in the five-day format. He has 34 five-wicket hauls and has taken 10 wickets or more on nine occasions. 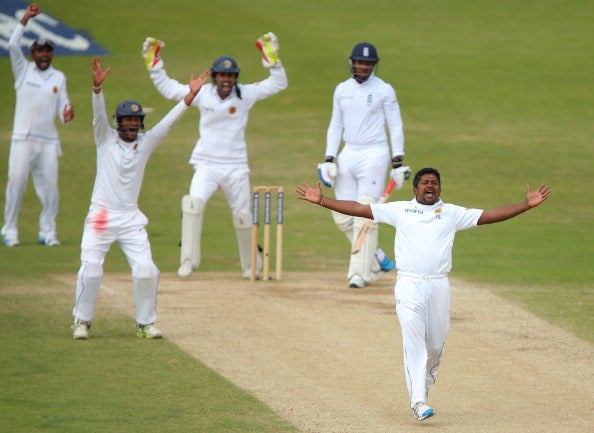 For most of his career he was overshadowed by compatriot Muttiah Muralitharan, who took 800 tests wickets before retiring from the format in 2010 – also at Galle – and will go down as one of the greatest cricketers to ever spin a ball.

Herath, as expected, was left out of the T20 squad for the upcoming international against England.

Thisara Perera will captain the hosts as they look to put defeat in the ODI series behind them by overcoming England in the shortest form of the game. Lasith Malinga, whose approach to T20 death bowling made him a pioneer, will likely face England for the final time in 20-over cricket.