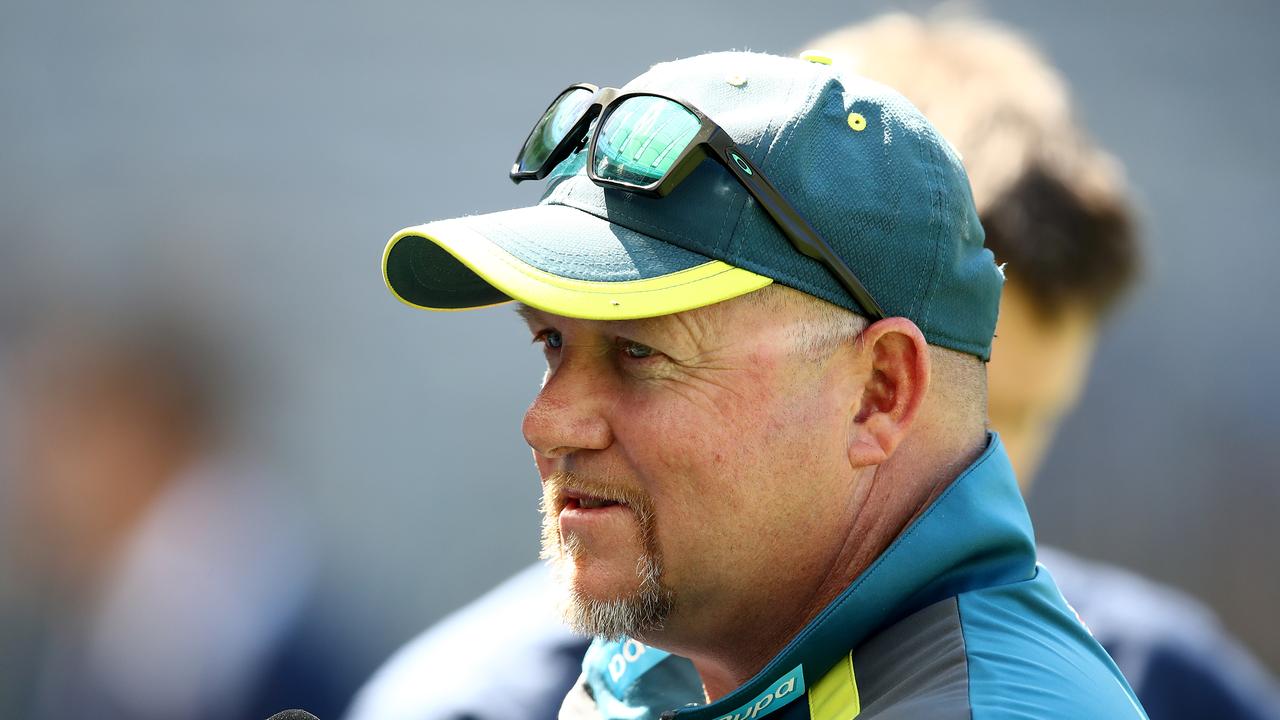 David Saker, Australia’s bowling coach during the sandpaper scandal, is back from the wilderness and the new coach of the Melbourne Renegades.

A former Victorian coach, and bowling coach for England, Saker was an assistant to then coach Darren Lehmann when Cameron Bancroft used sandpaper on the ball during a Test in South Africa in 2018.

But he has been away from the national scene since walking away from the Australian team not long after Justin Langer took over as coach.

When the sandpaper scandal again made headlines after comments Bancroft’s comments in England two weeks ago, Saker was adamant a lot of people were to blame.

“The disappointing thing is it’s never going to go away regardless of what’s said. We all know that we made a monumental mistake. The gravity wasn’t as plain until it all came out.”

Australia’s fast bowlers also released a strong statement denying any involvement in or prior knowledge of ball tampering.

After his time away from the elite level, Saker said he was “excited” to be involved again.

David Saker is returning to the Renegades.

He's been appointed our BBL Head Coach for the next two seasons.#GETONRED

“I’ve loved my playing and coaching experiences in my home state, so the opportunity to lead the Renegades again in front of the club’s passionate Victorian supporter base is something I’m really excited about,” Saker said.

“We’ve got a talented squad with some class and power at the top of the order complemented by a strong bowling attack and some exciting young talent. We’ll be looking to add to this group over the next few months to ensure we’ve got plenty of options when the season gets under way.

“The Big Bash has continued to grow since my last involvement and it’s more competitive than ever on the field, so I’m looking forward to working with the playing group to ensure we give ourselves every chance of success.”

Saker takes over from Michael Klinger, who stood down from the role earlier this year after a second successive last-placed finish for the Renegades.

Cricket Victoria general manager of cricket Shaun Graf said Saker emerged as the leading candidate because of his rapport with players.

“‘Sakes’ is a highly experienced and well-regarded international cricket coach with a proven ability to mould a team,” he said.

“He possesses a great combination of technical and tactical knowledge while also having a clear understanding on how to bring players together and ensure they’re working as a disciplined unit.

“His knowledge of the BBL, the local players and potential international recruits has enabled him to hit the ground running.

“The Renegades players will enjoy playing under him, and we look forward to seeing what he can do over the next couple of years.”