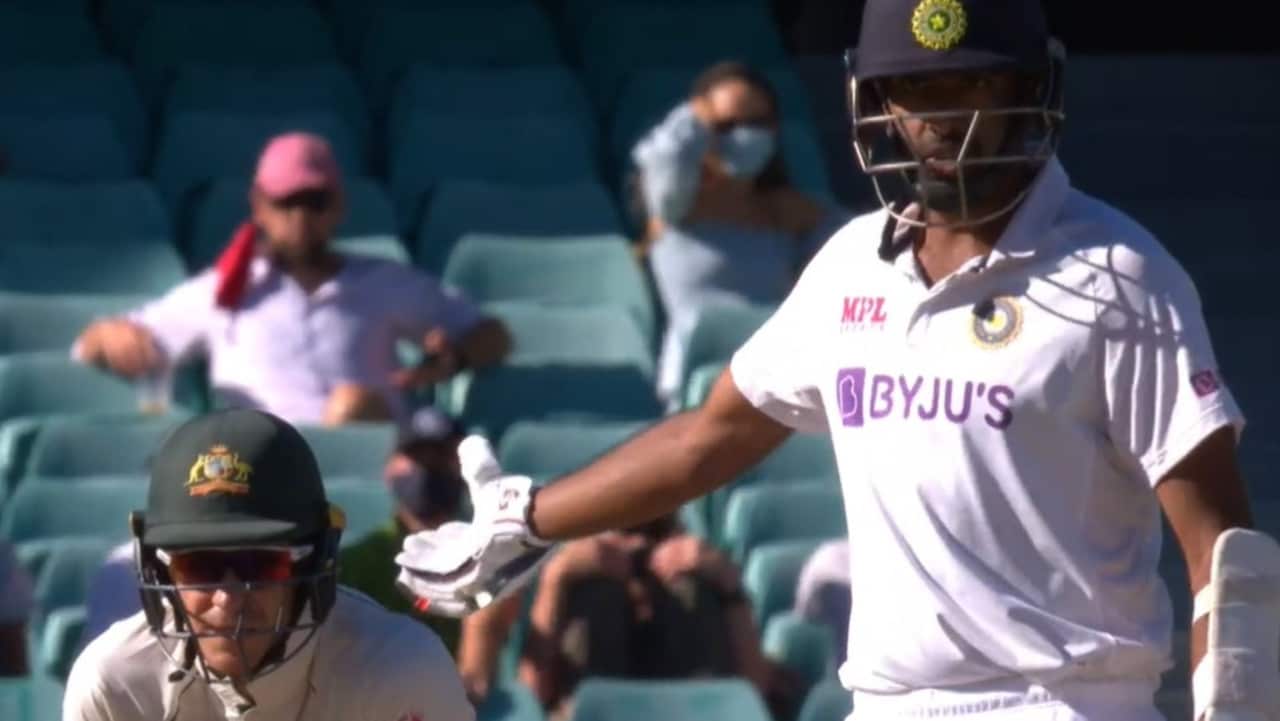 Australian captain Tim Paine has been caught on the stump microphones calling Indian rival Ravichandran Ashwin a “d***head” on day five of the New Year’s Test.

During Monday’s evening session at the SCG, Nathan Lyon was bowling to Ashwin with the Australian fielders chatting around the bat.

But what started as harmless banter soon took an ugly turn as the chances of an Australian victory slipped away.

When Ashwin pulled out of a delivery as Lyon was halfway through his run-up, Paine said: “We can’t wait to get you to the Gabba, Ash.”

Ashwin quickly responded: “Just like we want to get you to India. It’ll be your last series.”

Paine shot back: “Maybe, are you a selector here as well? At least my teammates like me, d**khead I’ve got a lot more Indian friends than you do. Even your teammates think you’re a goose. Don’t they. Every one.”

The remarks spurred Ashwin to pull out of another Lyon delivery, which evoked a chorus of boos around the ground.

Paine replied: “I can talk all day mate. You wait until you get to the Gabba pal.”

After the next ball was bowled, Paine targeted Ashwin once again.

“How many IPL teams wanted you when you asked every single one of them to have you?” Paine continued.

“If you captain, ‘Oh coming from captain’,” he added with a mocking accent.

But Australian great Mike Hussey said it was “tactics, trying to put Ashwin off his concentration”, adding that it was a sign of desperation.

Paine and Wade have been over the top today. You look like a goose when you then don't then back it up with your own performance. Just play the game on its merits, guys. If you're not good enough to get them out with the ball, you're not going to do it with your mouth. #AUSvsIND

I honestly have no problem with that chat from Paine, but given the context of the match it screams of desperation. Ashwin is letting the bat do the talking, and every ball he survives is clearly adding to Paine's nerves. #AUSvIND

Indian legend Sunil Gavaskar was less kind in his assessment.

“It’s ridiculous. It’s unnecessary. What he said he’s got more friend than Ravichandran Ashwin is unwanted and unnecessary,” Gavaskar said on Channel 7.

The remarks soon came back to haunt Paine, as he dropped a catch off Hanuma Vihari the very next over.

Vihari and Ashwin survived more than 40 overs at the crease together, denying the Australians a comfortable victory.