LIVE SCORECARD: England fight back in the afternoon session thanks to Jos Buttler’s half century to leave day one delicately poised at tea

The second Test is delicately poised at tea on the first day here at the Pallekele Stadium with England so far failing to grab the initiative that Joe Root’s seventh successive toss win offered them.

England had a potentially huge advantage in batting first on a pitch that has clearly been designed to test their ability against spin to the absolute limit but at tea, with the visitors on 212 for seven, it is anyone’s game.

England were able to beat Sri Lanka at their own game in Galle but were undoubtedly helped by the pitch’s failure to break up, as Sri Lanka expected it to do on a ground associated with spin.

Now acting Sri Lanka captain Suranga Lakmal made no attempt to disguise his side’s request for a turning pitch and how they got it at a venue which usually provides more seam and bounce than any in Sri Lanka. 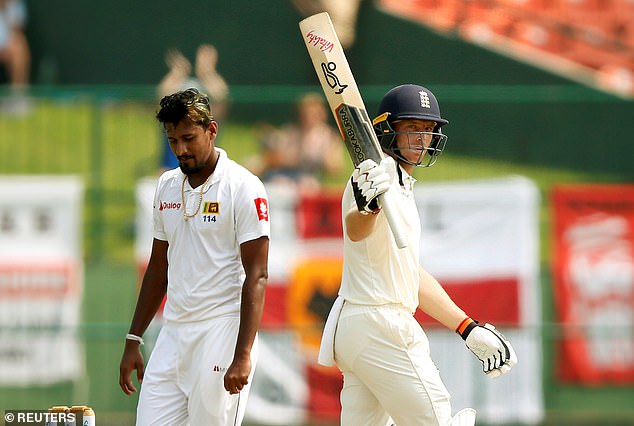 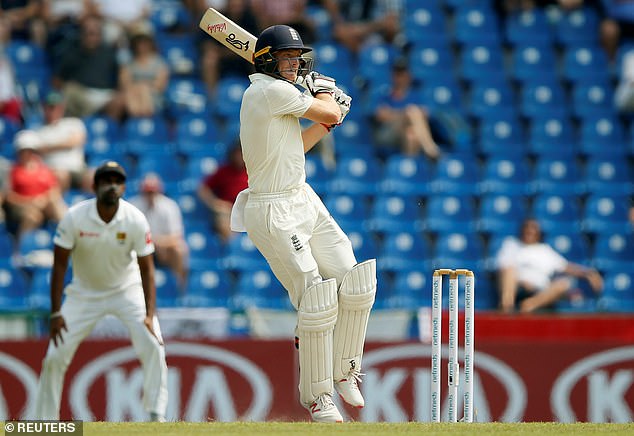 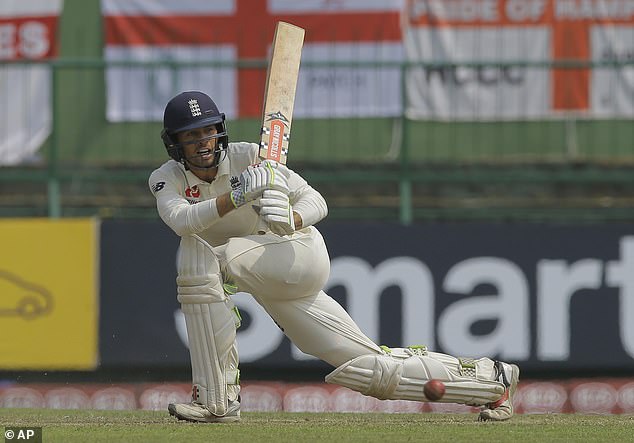 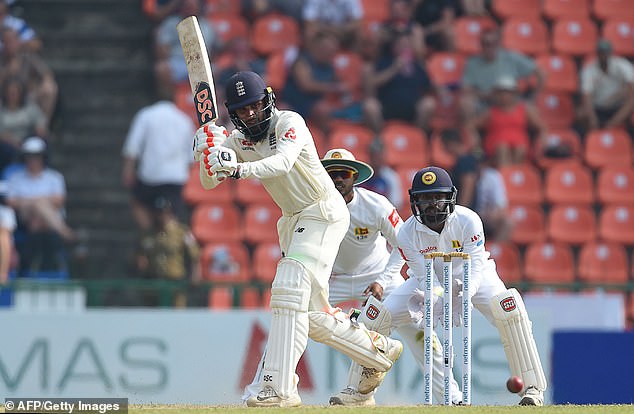 When Jos Buttler was at the crease England looked set to reach the total of 300 that would surely win them this Test and the series but, having lived by the reverse sweep, England’s vice captain died by it for a quite brilliant 63.

That crucial wicket followed a highly frustrating one for England when Ben Foakes, player of the match in Galle for a century and a superb display of keeping, appeared to be given out caught when he did not touch the ball.

Foakes went to sweep Dilruwan Perera and the ball somehow found its way to slip off what seemed a combination of the batsman and keeper’s pads and possible the bat of Foakes.

England’s new star looked up at umpire S Ravi before wandering off without consulting with the senior man in Buttler at the other end. It proved a naïve decision, especially as England had two reviews left, as replays suggested there was no touch from Foakes.

Earlier Moeen Ali, back at No6 in his latest yo-yoing up and down the order, had been given out on review and England, at 171 for seven, were in trouble. Thankfully for them Adil Rashid and Sam Curran joined together in an unbroken stand of 41 that may just have inched England’s noses marginally in front again.

Rashid is proving himself a very capable No9 in this England team and hit Malinda Pushpakumara, a more than adequate replacement for the retired Rangana Herath, for a straight six in moving to 29 at the interval.

Batting can only get more difficult on what is known in cricket as a raging Bunsen Burner so any runs England can add after tea will be crucial. 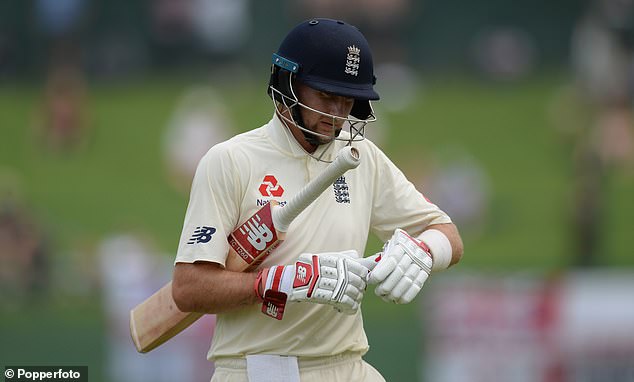 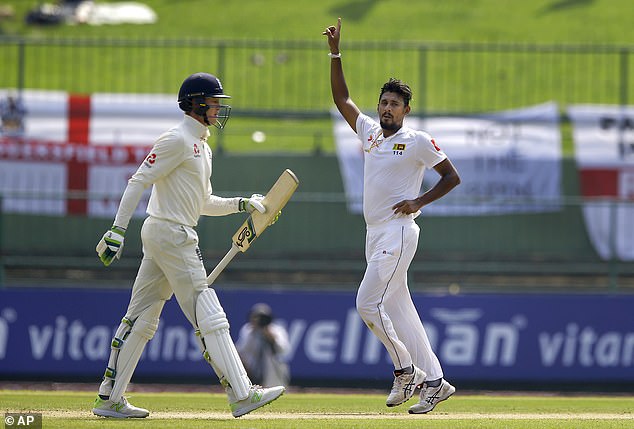 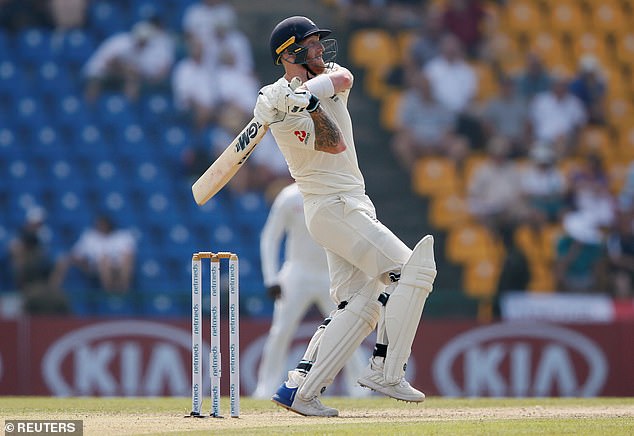 For England, it was just a shame no one could really lend meaningful support. Keaton Jennings made 192 runs for once out in Galle, sweeping and reverse-sweeping to his heart’s content, but he was unable to see off Suranga Lakmal’s opening salvo, caught behind for one in the fifth over as he fiddled outside off stump.

His critics will regard the dismissal as a bad omen for next summer, when Australia’s quicks will probe him mercilessly on more helpful pitches and with a ball armed with a larger seam.

Out walked Ben Stokes for his first Test innings at No 3, England’s latest batting experiment in their fluid line-up. He, too, looked the part, thanks to a technique that has impressed Trevor Bayliss and others. He whipped his third ball, from Lakmal, off his legs for four, then drove him through mid-off with the shot of the morning.

But the second of two leg-before reviews from Dilruwan Perera, Sri Lanka’s best bowler at Galle, proved Stokes’s downfall: Hawk-Eye had an off-break pitching on off stump and straightening. He was gone for 19, and England were 44 for two. 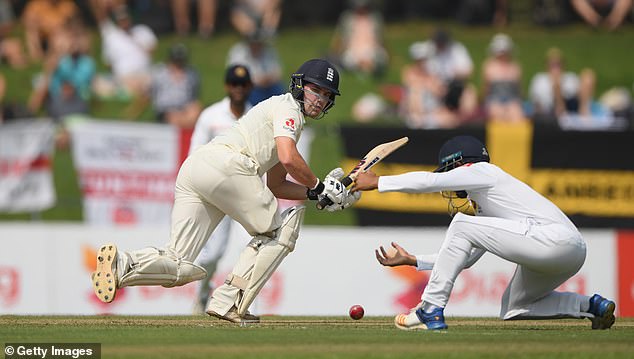 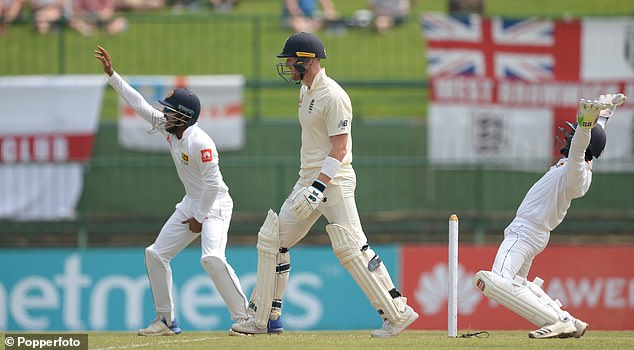 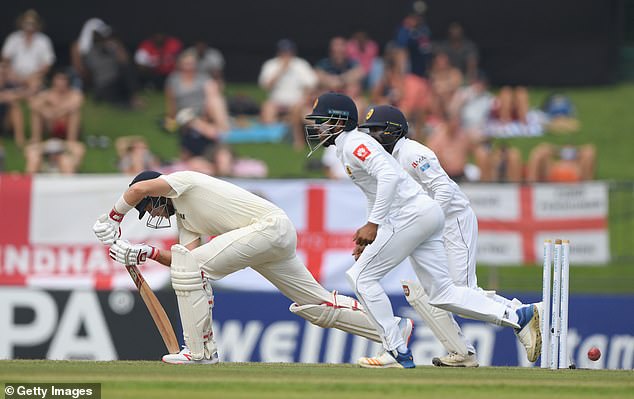 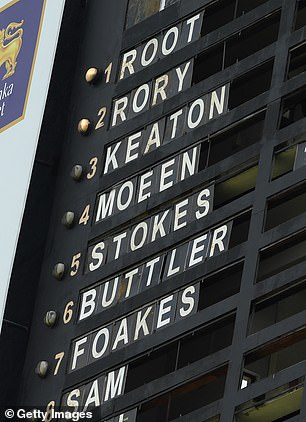 Having urged his players before the game to err on the side of aggression, Joe Root was true to his word, dancing at slow left-armer Milinda Pushpakumara to collect four down the ground. But when the same bowler sent down one with the arm, Root played for turn that didn’t exist, and was bowled through the gate for 14: 65 for three.

Burns stayed in his bubble, sweeping hard and taking care not to chance a quick single to mid-on. But Dananjaya, bowling here in the knowledge that he must undergo testing on his action, got one to turn, and Dhananjaya de Silva did the rest at slip: 89 for four.

England might have shut up shop before lunch, but Jos Buttler had other ideas. He swept and reverse swept three fours in a row off Dananjaya to bring up England’s 100, then slog-swept Pushpakumara for two more next over. Twenty-five runs had come in two overs – a terrific counter-attack, and a nod to the wishes of his captain. At lunch Buttler had 38 from just 32 balls.

If England can do what they did at Galle, and turn a blip into a total of 300 or more, this series could be theirs. 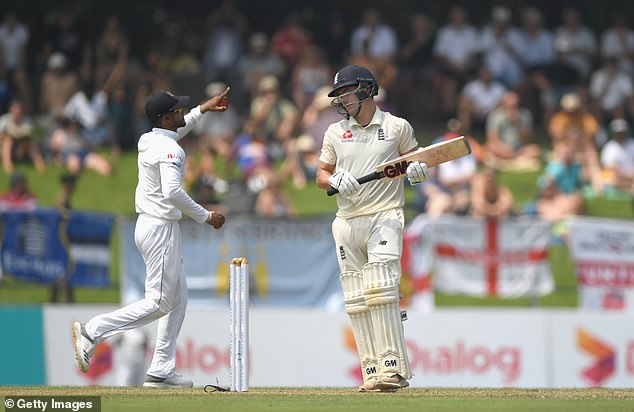 Then, after looking settled on 43, Burns nicked off to first slip half hour before the lunch break 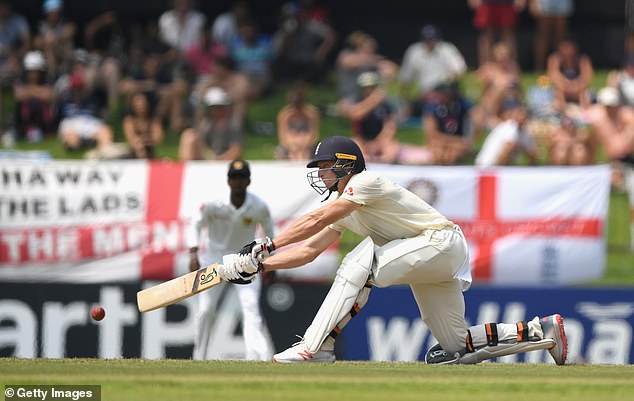