Jofra is growing up very fast! Clinical Archer clicks to give Chris Gayle the hurry-up as England rout West Indies

Jofra Archer was four years old when Chris Gayle first played international cricket, but at no stage did this confrontation feel like man against boy.

By the time Gayle scored his first runs off a bowler he might once have expected to call a team-mate rather than an opponent, Archer had kept him scoreless for nine deliveries, two of which were avoided only with a twitch of the neck.

And the runs, when they came, were a fluke: an inside edge that flew to fine leg for four and was greeted stoically by both men. 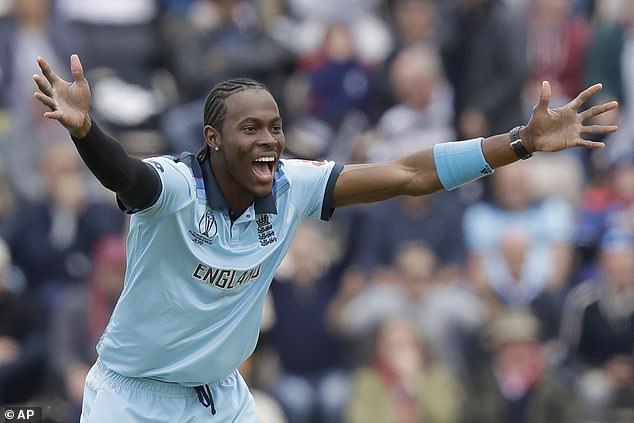 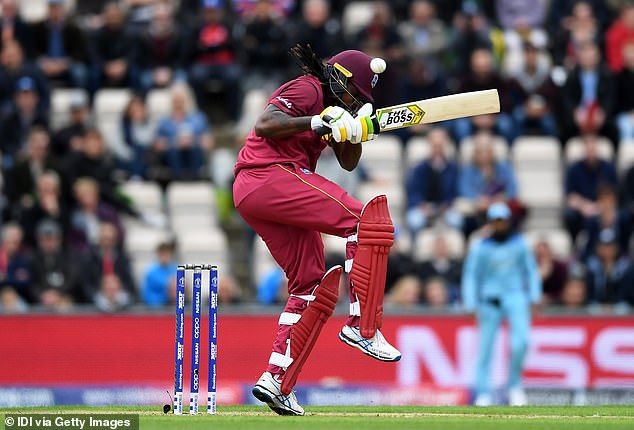 Gayle did connect with a couple of trademark blows in Archer’s next over, but the point had been made. Gayle was barely the boss of the Hampshire Bowl, let alone the universe.

Before this game, Eoin Morgan had suggested that the decision of the Barbados-born Archer to qualify for England via his British father and passport would be ‘reaffirmed’ by a game against West Indies.

It was a clinical way of dealing with an emotive subject. But Morgan knows his man.

Archer played three times for West Indies Under-19s back in October 2013, before injury, fate and ambition took him to league cricket in Sussex, with happy consequences for England.

He is, in case there were any doubt, thrilled to be here.

His figures in this game of three for 30 from nine high-class overs took his tournament tally to nine at 18 apiece. 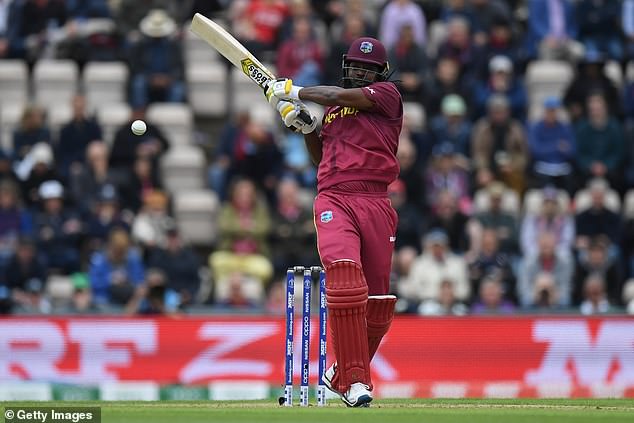 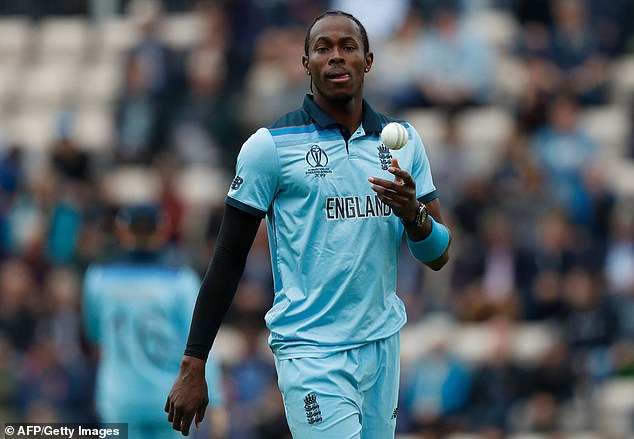 Only Pakistan’s Mohammad Amir, who picked up five against Australia at Taunton on Wednesday, has more.

Meanwhile, in three of his four games, Archer has conceded less than four an over. That is not supposed to happen when a bowler operates largely at the start of an innings and its end.

But stats do not tell the story of his latest performance. His opening burst of 5-0-25-0 looked bog-standard on paper, but as well as giving the usually unflappable Gayle the hurry-up, Archer joined forces with Chris Woakes to mute the talented Shai Hope.

The final delivery of Archer’s first spell rushed through at 92mph, obliging Hope to parry the ball at catching height through the vacant gully.

It was his 23rd delivery, and just his fourth run.

When Archer clicks – as he generally seems to – only the very best batsmen can do anything but survive. For a bowler, that is the greatest possible compliment. 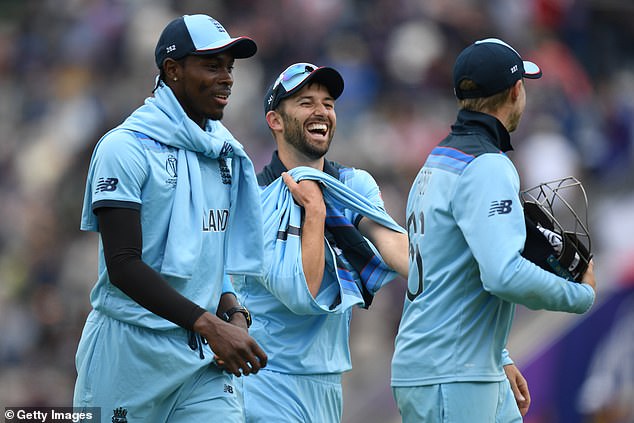 One of the many edges he brings to England’s attack is that Morgan can turn to him at the death in expectation rather than hope.

Reintroduced for the 38th over, with West Indies 189 for six, Archer responded with a spell of 4-1-5-3 – the stuff of captains’ dreams.

The dangerous Nicholas Pooran was caught behind on review for 63, before Sheldon Cottrell shuffled across his stumps first ball and was pinned by one of full length.

‘The addition of Jofra covers all three areas,’ said Morgan. ‘He takes the new ball, bowls well in the middle and at the end.

‘To have that at your disposal gives you a lot of options as a captain, particularly when you have Liam Plunkett and the spinners in the middle, which allows you to hold overs back.’

It seems an age ago now that Archer’s likely inclusion in the World Cup 15 caused a mass case of insecurity among England’s seamers. 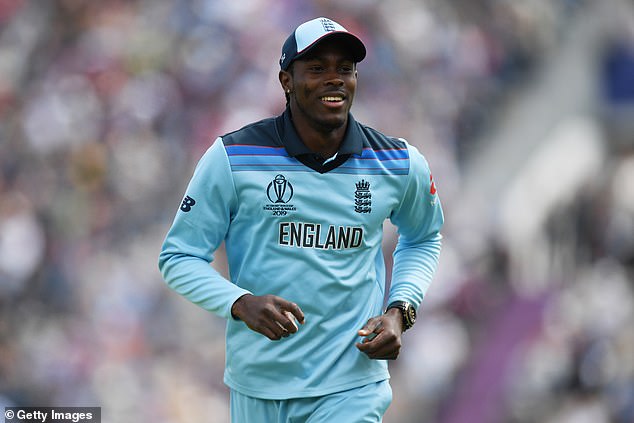 One by one, David Willey, Mark Wood and Chris Woakes all reassured their new team-mate that comments had been taken out of context, yet Archer was unfazed.

On the contrary, he has lapped everything up. With the exception of the game against Pakistan at Trent Bridge – where he was far from the only England player to underperform – he has created a buzz every time he has been given the ball.

If Ben Stokes’s catch on the opening day against South Africa remains the tournament’s champagne moment, Archer’s delivery to Bangladesh’s Soumya Sarkar at Cardiff is not far behind.

During a downwind spell in which he passed 95mph, he produced a ball that hit the top of off stump before flying over the boundary on the full.

He has also joked about his battle of the speedgun with Mark Wood, who looked threatening too while taking three for 18.

Archer has many gifts, but the ability to embark on a new life and look completely at ease with himself may be his greatest gift to the English cricket.