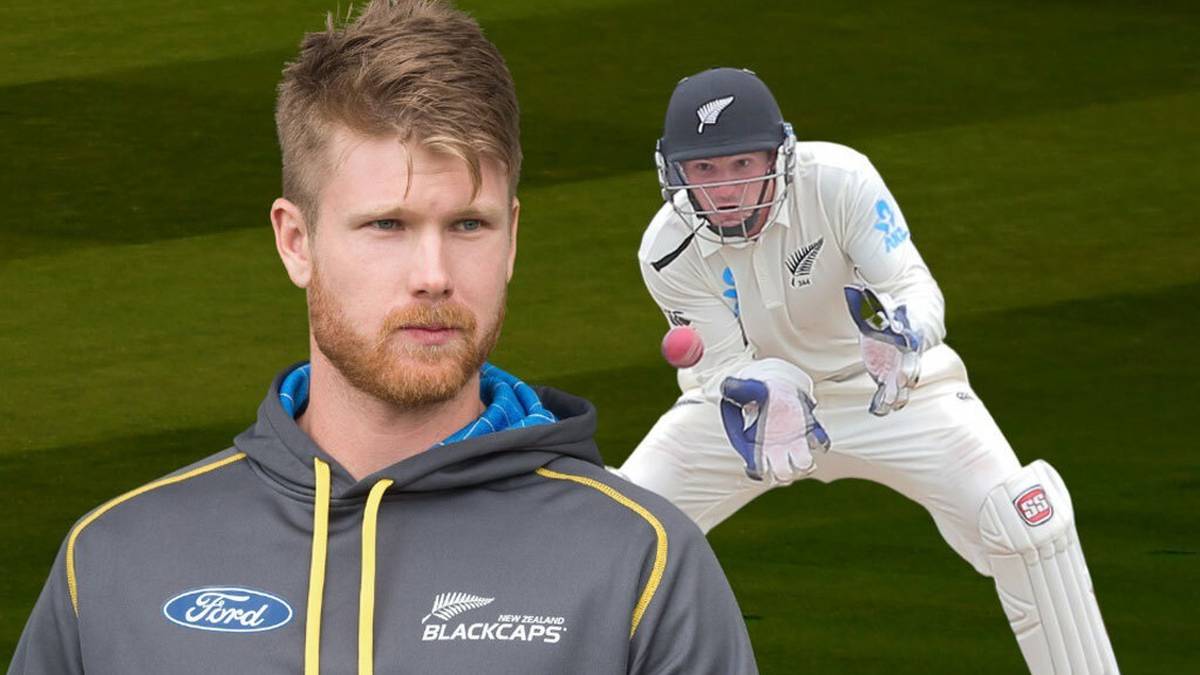 In the first of a regular series of columns, Black Caps star Jimmy Neesham reveals how characters like BJ Watling help shape the team’s team culture.

BJ Watling has been such an important part of the New Zealand team culture.

And as he heads towards the end of his test career – culminating in the world final against India – his influence will be particularly vital as the Kiwi players deal with vastly different Covid-19 situations.

Watling has been the heartbeat of the New Zealand team and has done a good job for so long. Here is a dressing room story which portrays the man I came to know and respect so much.

During a test in India on the 2016/17 tour, he became dehydrated to the point of being delirious and yet refused to give up the wicket keeping gloves.

We’d been in the field for a day and a half, it was stinking hot, everyone was really battling. BJ was soaking wet and even hallucinating between sessions.

He was in a bad way and not talking a lot of sense as happens when people are affected like that. He just sat in his own spot surrounded by his gear, willing himself to get through the next session.

Luke Ronchi was in the team so we had someone who could take the gloves for a session, to give BJ some time off the field. But BJ said “nah – this is what I’m picked to do, it’s up to me to get the job done”.

He got into that bloody mindset you see when he bats and refused to give in to the physical struggles. He put his body through hell for the team, and you have to respect a guy like that.

New Zealand is very fortunate to have a ready-made replacement in Tom Blundell, but you never really replace a guy like BJ. I hope he goes out as a winner.

And a good team culture is so different in Covid times – the dynamics have changed so much.

Guys are on tour for so long and basically prevented from going outside the hotel.

Players like Trent Boult, Kyle Jamieson and Kane Williamson have been in cricket bubbles for a huge percentage of the last 18 months. Then there are others like the test specialists Tim Southee and Tom Latham who have had the last year and a half at home with their families.

Tolerance is so crucial.

Gone are the days when you can grab your closest mates and head to the mall or kill an afternoon playing golf. The tensions can be a little higher – you can get sick of each other a lot easier.

That’s where the team culture is so important.

Players have good days and bad days on tour, and results can weigh on the mind a lot more because it is not so easy to find mental escapes. The focus is on cricket 24/7, instead of it being part of touring life.

The experience is very different for different characters.

I hate it to be honest – I’ve always loved catching up with old mates, getting out of the team environment. I struggle staying in the hotel, relying on room service.

Then you’ve got someone like Kane Williamson, who has talked about how he enjoys the quiet time, reading books, staying in his own little bubble. He has a famously calm personality and doesn’t get flustered by much. Other guys find it more challenging.

That’s where the importance of team culture comes in, because there are a lot of different dynamics going on right now.

And bringing this into sharp focus, it will be the underlying challenge for the teams contesting world test championship final.

The Kiwis will be three tests into a covid tour, with bodies and minds fatigued by the near two-month lock in. India will equally be challenged by their own battle, having been in various IPL and international quarantines for the best part of the last year.

The long time away from home will challenge the two teams physically. If either team falls behind early, things could unravel surprisingly quickly. It really is anyone’s game.