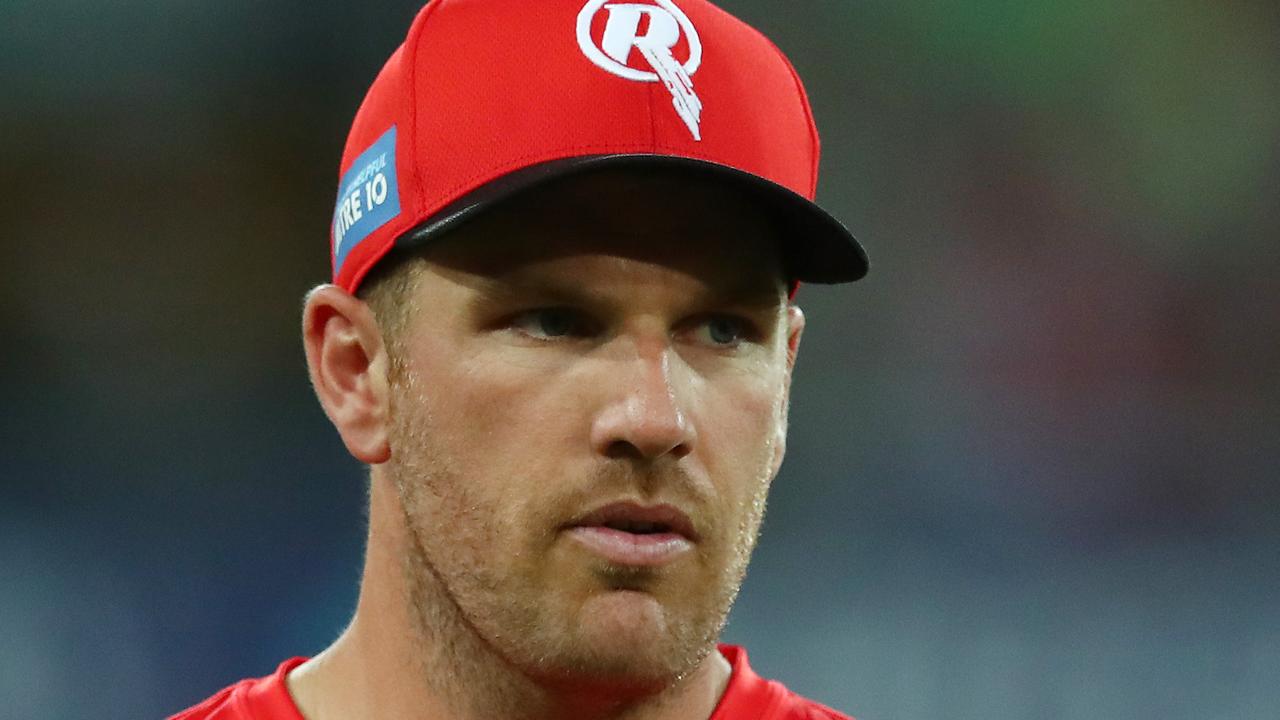 Melbourne Renegades captain Aaron Finch will board a plane to Perth with his teammates on Saturday, with team officials confident their captain will be free to enter Western Australia despite visiting Victoria over Christmas.

The Renegades leave Queensland for the West Australian hub on Saturday after a narrow loss to the Sydney Thunder in a rain-affected clash on the Gold Coast on Friday night.

The state slammed shut its border to Victorians from 12.01am on Saturday, with anyone who had been in Victoria on or after December 21 needing a special exemption to travel.

Finch, who has had a huge workload with ODI commitments this season, returned to Victoria over the Christmas break before rejoining the Renegades in Queensland.

Cricket Australia was confident on Friday it could get players from the five teams involved in the Perth hub into the state despite restrictions given its own strict COVID-19 protocols.

And Renegades coach Michael Klinger was unaware on Friday night of any issue surrounding Finch.

You've seen Mackenzie Harvey's catch … but how about the fascinating build-up between Aaron Finch and Mitch Perry ahead of the debutant bowling his first BBL over? #BBL10 pic.twitter.com/BTCTkFp3Ig

“We’re all on a plane (on Saturday),” Klinger said.

“We just followed the rules and got told we’re on a plane. As I understand, we’re all just going in a normal hub scenario in Perth.”

Most Renegades players had family with them in the Queensland hub over the Christmas-New Year period, something Klinger said had helped the players.

“Huge thanks to Cricket Australia, the ACA (Australian Cricketers’ Association), the Melbourne Renegades for the last 10 days and having our families up. That’s a huge bonus and credit has to go to those three parties for helping us have our families over Christmas and New Year,” he said.

“Unfortunately the Sydney teams weren’t able to do that (due to Queensland’s border closure to Greater Sydney) but the majority of our guys have had that, so that’s been helpful over the last 10 days, especially now going forward where we probably won’t see our families for another three of four weeks.

“Even when we’re back in Melbourne we need to stay in hubs.”

The Renegades were unable to break their losing streak while in Queensland, notching a fifth consecutive loss on the Gold Coast, losing to the Thunder by seven runs under the Duckworth-Lewis-Stern method.

Melbourne had put themselves in a position to compete when an outstanding catch by Mackenzie Harvey dismissed gun Thunder opener Alex Hales (45 off 19) but the return of the rain ruined the opportunity for it to be a match-winner.

“I would have loved to have been sitting in the rooms and congratulating `Harv’ for being a game-changer for winning the match with that catch. If we didn’t get the rain, I may have been able to do that,” Klinger said.

“The run-rate had blown out to about 12 (an over before the late rain) and it would have been nice to be able to celebrate that catch with a win but that’s one of the best I’ve seen, no doubt.”