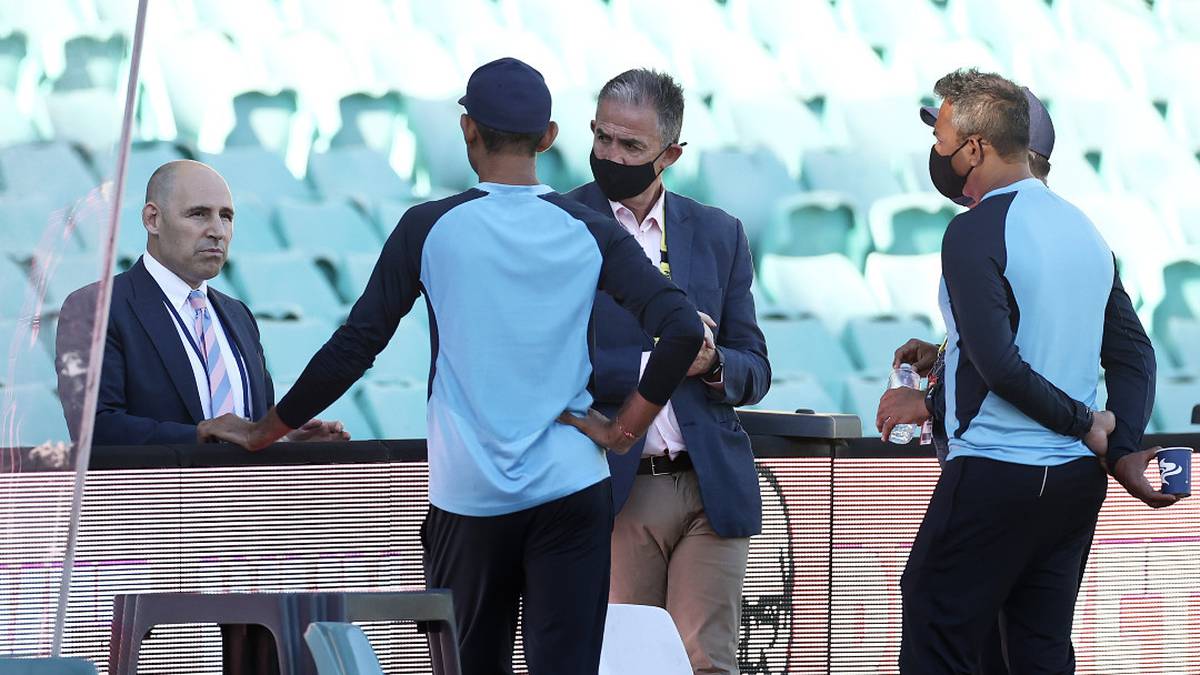 India have reportedly lodged a complaint to the ICC after two of players — Jasprit Bumrah and Mohammad Siraj — faced racial abuse from the SCG crowd.

Livid Indian officials spoke with the ICC match officials and the stadium security after play on day three to make the accusations.

There were dramatic scenes of the Indian management in discussion with Bumrah and Siraj and the ICC and security after captain Ajinkya Rahane and senior player Ravichandran Ashwin brought the alleged abuse to the light.

The Daily Telegraph reported the pair said they had been abused by members of the public for two days and claim it was racist in nature.

According to sources within the BCCI, Siraj was allegedly referred to as a “monkey” by a drunk spectator, reliving the infamous Monkeygate episode of the India’s tour of Australia in 2007-08.

It’s beyond disappointing with the SCG currently only allowing 10,000 fans in per day due to Sydney’s COVID-19 outbreak with the stadium currently at quarter capacity.

The Australian Medical Association led calls for the match to be played in front of empty stand due to the outbreak due to the fear of the match being a superspreader event with the decision to allow fans copping plenty of criticism.

Cricbuzz reported that “the issue rests with the ICC until further notice”.

Initial reactions shared anger at the “disgusting behaviour” and called for life bans for the culprits.

It continues to add animosity between the sides with the fourth Test still up in the air with the Board of Control for Cricket in India yet to confirm if the Indian side will travel to Brisbane.

It was revealed that all the Indian management were looking for was an assurance that the players could “mingle with each other inside the hotel bio-bubble like they did in the IPL. They want to have their meals together inside the hotel and also have the team meetings together”, a senior BCCI official told the Press Trust of India.

It’s a was an ugly end to an absorbing day’s play which saw Australia take a 197 run lead in the second innings with eight wickets remaining.

India were bowled out for 244 with three run outs on the day while Australia finished the day at 2/103 with Steve Smith and Marnus Labuschagne at the crease.

On the traditional “Pink Day”, the third day of the Test to raise money for the Jane McGrath Foundation, 111,000 virtual pink seats were sold to fans with the fundraising currently up to $2.2m, the most ever raised.