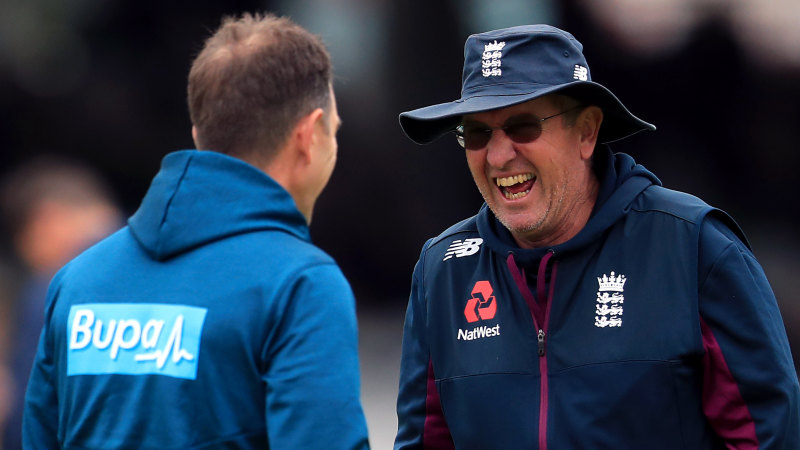 World Cup-winning coach Trevor Bayliss says the only international team he would consider guiding in future is Australia.

Returning to coaching with the Sydney Thunder after taking England to an Ashes draw in 2019, Bayliss has an enviable record, particularly in white-ball cricket. 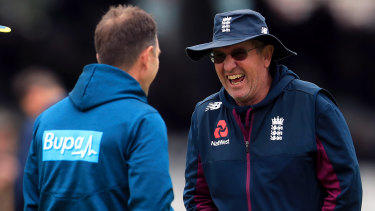 “The only full-time job I’d contemplate in the future if it came up would be the Australian job but I’m very happy coaching two or three of the franchise (Twenty20) teams around the world,” Bayliss told the Herald and The Age.

Bayliss said he had not seen reports of a strained relationship between Justin Langer and the Australian players, who are said to be tiring of the high stress levels created by the coach at national level.

The 58-year-old led England to a first World Cup win earlier that year, in addition to series wins at home over India, Australia and South Africa during his spell in charge.

He also led the Sydney Sixers to the Big Bash League title in 2010-11 and coached Sri Lanka to the 2011 World Cup final. He has also won two titles in the IPL, where he is coach of Sunrisers Hyderabad.

An attacking NSW batsman, Bayliss later guided NSW to two Sheffield Shields as coach of the side.

His philosophy is to nurture players as much as coach them.

“The higher up the levels you go it’s probably more about how you play the game,” he said.

“Yes, technique is important, and you do a little bit here and there, but it’s about allowing players to go out there and play the game free of any extra pressure. They’re under enough pressure as it is.

“It may be just the way I am with my approach to it. I’m fairly laid-back and I like to have a little bit of humour involved as well.

“But it’s about playing the game and learning off each other, watching and talking to the best players whether they’re in your team or the opposition.

“From a player’s point of view, particularly at the top level, you learn more from that than a coach telling you how to play.

“You can give guys options but in the long run it’s their careers, they’ve got to make a final decision on what they think is the right way ahead.

“That gives them confidence and allows them to go out and play with a bit of freedom.”

After his globe-trotting existence Bayliss, who has signed a three-year contract, will never be closer to home than coaching the Thunder.

A Penrith local after moving from Goulburn as a teenager to play Premier Cricket, Bayliss left his family at home despite his long overseas stints.

“That was one of the tough things when I was with Sri Lanka from 2007-11,” he said. “The kids were only eight and 12. Only seeing them every couple of months is hard but that’s the job I’m in. When I came home between tours I didn’t even bother to unpack.”